It is undeniable that mosquito bites on your baby skin is an irritating problem for the mothers. This can sometimes result in a rash. Let’s know more about it.

There are many symptoms of mosquito bite rash and depending how many one recieves. Most would have less symptoms when they are bitten several times. In general, the red itchy bump appears for 20 minutes and disappears. The rash frequently appears on the leg. This symptom is not considered an allergy but only a basic reaction to the bite.

For allergy cases the red bump will remain for several days or it becomes bigger, possibly more than 5 cm. In some cases, there is the purpura bullae at the bite. In the worst case, it would become urticarial coupled with unconsciousness. In such a severe case, bacterial infection is possible from scratching which leaves black marks.

The baby who has never been bitten by the mosquito would have more rashes than the adult because they have less immunity.

Other at risk individuals are those with immunodeficiency, such as AIDS and leukemia.

A skin prick test is one option. The doctor will place the mosquito extract inside the arm to monitor the reaction. Symptoms of a mosquito allergy are:

When the baby is bitten at the face, the bite will be swollen which causes the swollen face or eyelid.
The bite becomes the bullae.
The bite is infected and spreads over the skin.
There is urticarial over the body.

For the simple bite, calamine can be applied to sooth and reduce itching. Steroid cream is also an option.

It is understandable that parents don’t want to use steroids with their baby unless it is absolutely necessary to do so.

However, in cases of severe swelling, suitable concentrated steroid can be used. For example, the light drug should be used with the baby, such as hydrocortisone in couple with taking the anti- Inflammatory, such as chlorpheniramine or  cetirizine.

Other alternative products are natural organic creams which prevents the red and black mark on the skin, minimizes the inflammation, heals the black mark quickly, restores and nourishes skin, and is safe for the baby skin. 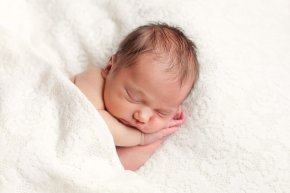 Skin of newborn and care 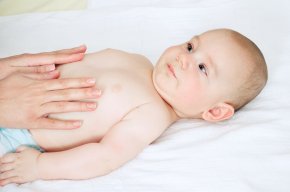